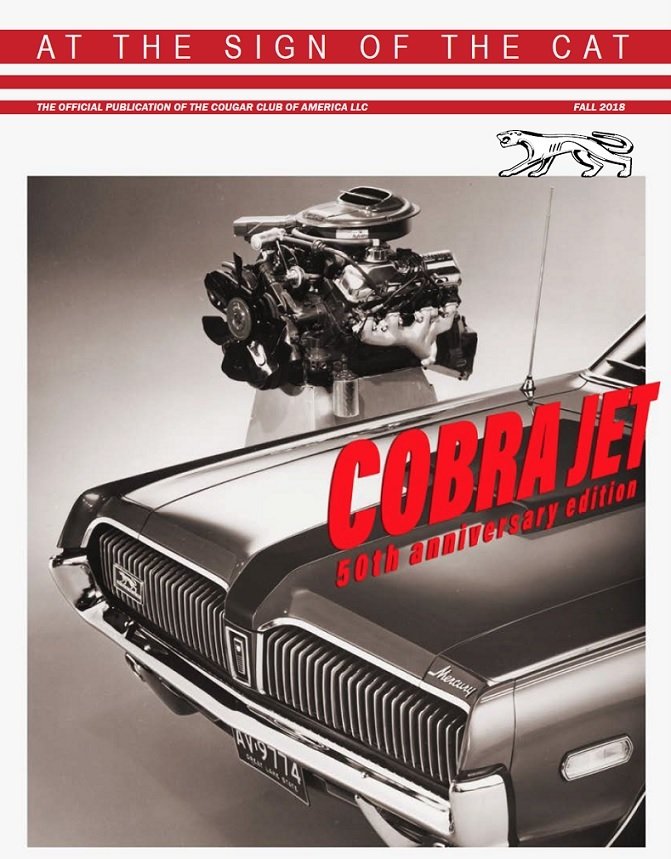 The 1968 model year changes included federally-mandated side marker lights and front shoulder belts (seat belt, shoulder harness) among some minor changes. The big news on the streets was the introduction of the 428 Cobra Jet Motor into the Mercury Cougar. The 428 Cobra Jet was introduced April 1, 1968 as a mid-year change and was nothing more than a $420.95 Engine Option in the Mercury Cougar. It could be ordered in a Standard Hardtop, GT, XR-7, GTE, or XR7-G. Rumor has it that after the initial test runs in another four legged Ford model, the person who was interviewed was quoted saying about the 428, “It handles like a Cobra, and takes off like a Jet”, thus the origin for the name “Cobra Jet”. In this issue we have dedicated space to hear from Bill Quay, the Registrar for the 1968 “R Code” Cougars, (68-r-code@cougarclub.org), as well as hear from owners of these amazing cats.

Save this product for later
Display prices in: USD