My father, Everette Andrews Sharp, grew up in Knoxville, Tennessee. Always a car lover, he joined the Ford Motor company in 1957, moving to Detroit. He became a Parts Service Manager for several districts, relocating the family to Oak Hill, West Virginia, and then to Cincinnati. In 1966, he and a partner took over the Lincoln-Mercury dealership in Bristol, Virginia, located on West State Street. (State Street is the state line and Tennessee is across the street). 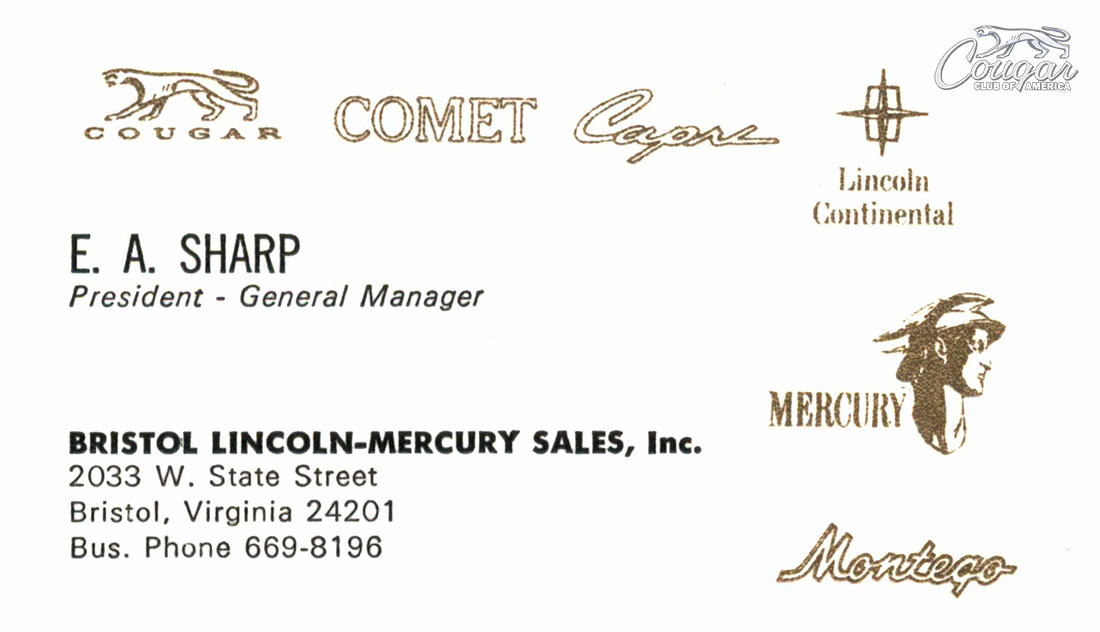 I’m unclear of the year, but soon after, Mercury had a traveling Cougar promotion tour featuring two of the cougars seen in the commercials. It was a big deal to go to the dealership after school and see them. The large one stayed in a cage but the younger one, Judy, was allowed out on a leash. It would sun itself in the grass in front of the dealership and we were allowed pet it.

See below to read the “Talk of the Town” article. 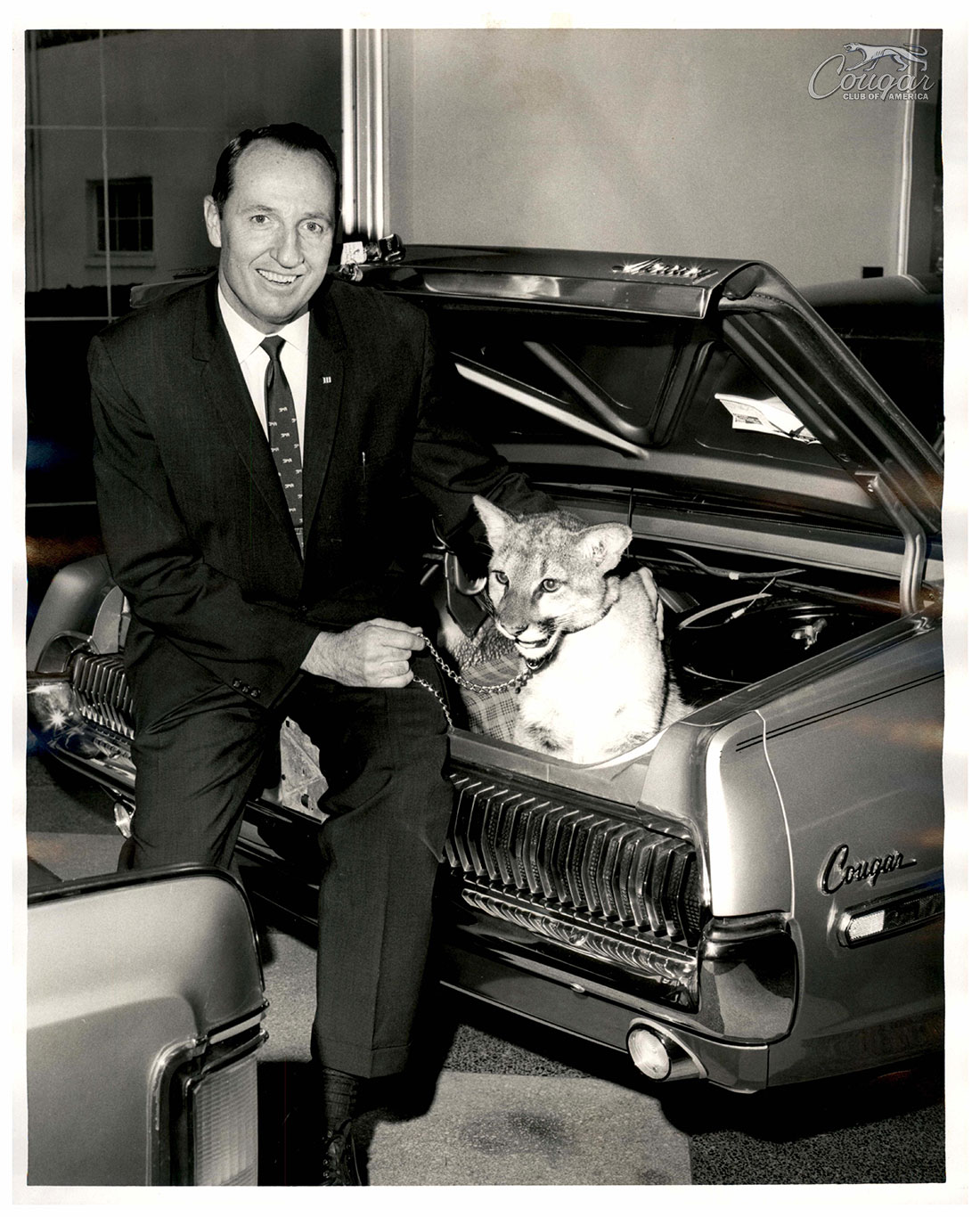 The dealership had a large service area and, at least one night, Judy was allowed free range. An employee came in earlier than usual, not knowing the cat was out. The large one was in its cage in the back so when he heard animal sounds, he thought they were coming from it. But then he caught a glimpse of something large out of the corner of his eye and realized what it was. Slowly he backed up and jumped into the Comet parked at his workstation. He stayed there until the handler showed up.

My sister and I spent a lot of time at the dealership helping Dad strip paint and clean parts for whatever car he was restoring at the time. A-Models were his favorite. My first car was a Mercury Bobcat and the last one I got through the dealership was the Zephyr. 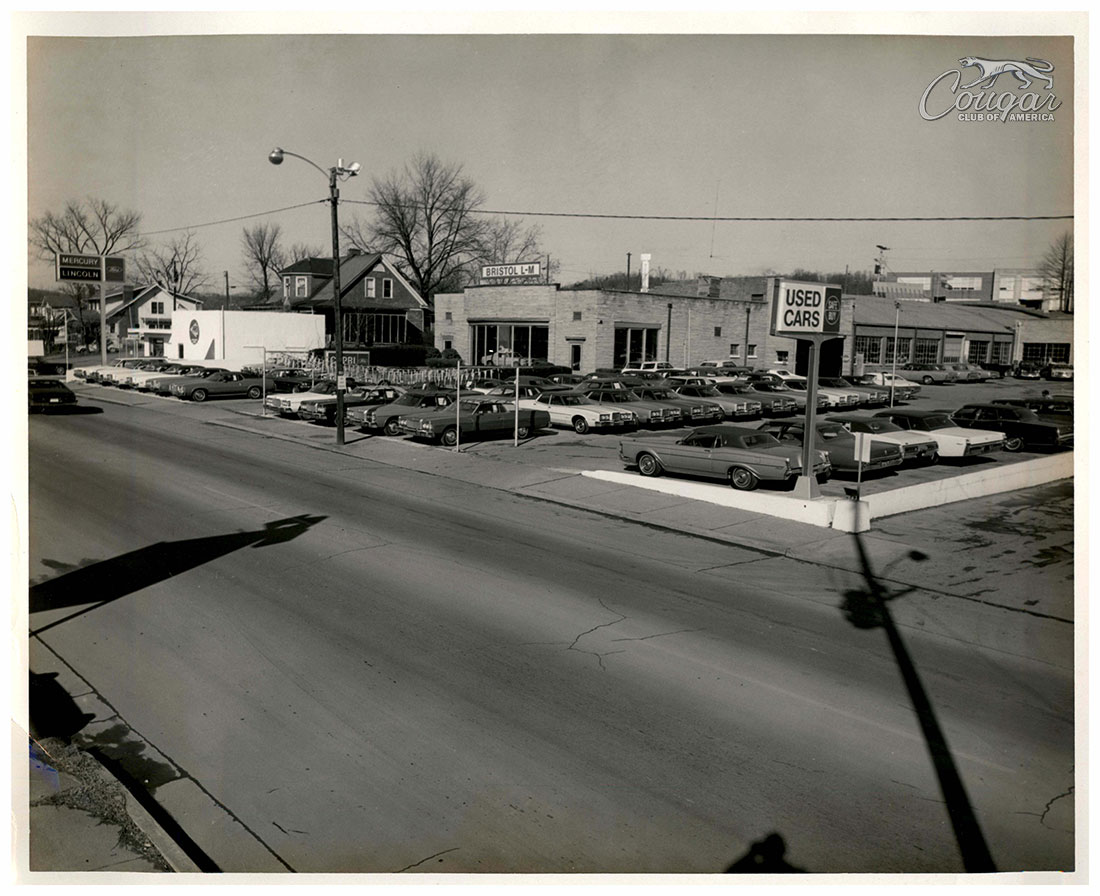 Dad sold the dealership in 1980 and it changed hands several times. Today it’s Stateline Motorsports, specializing in Indian Motorcycles, which Dad would have loved.

Thank you all for keeping the coolest car of all time driving down the road.

Talk of the Town Newspaper Article

It’s not often a down-to-earth country reporter gets to interview two television stars and pet a cougar all in the same day.

Well, actually, the interview wasn’t with the stars themselves. It was with their owner and handler, Herbert Whobrey. But since cougars don’t have much use for the money they earn, I figure he qualifies.

The stars are a couple of sleek cats used in television commercials advertising Mercury Cougar automobiles. It’s unlikely there’s a Bristolian between 3 and 93 who hasn’t seen them at one time or another running alongside of, tearing paper off of, or lying contently inside of the car that bears their name.

WHOBREY, WHO has been handling cougars for eight years and owns eight of the cats, said there is a certain portion of trick photography used in the commercials with the cats.

“The scene with the cougar lying on the sign with it’s tail switching over the edge isn’t entirely candid,” he said. “The cat is actually lying on a special stand behind the sign and is only about three feet off the ground. The switching tail isn’t real – it’s false, controlled by an electrical motor.”

The one with the cougar running alongside the moving automobile uses a slight gimmick too. 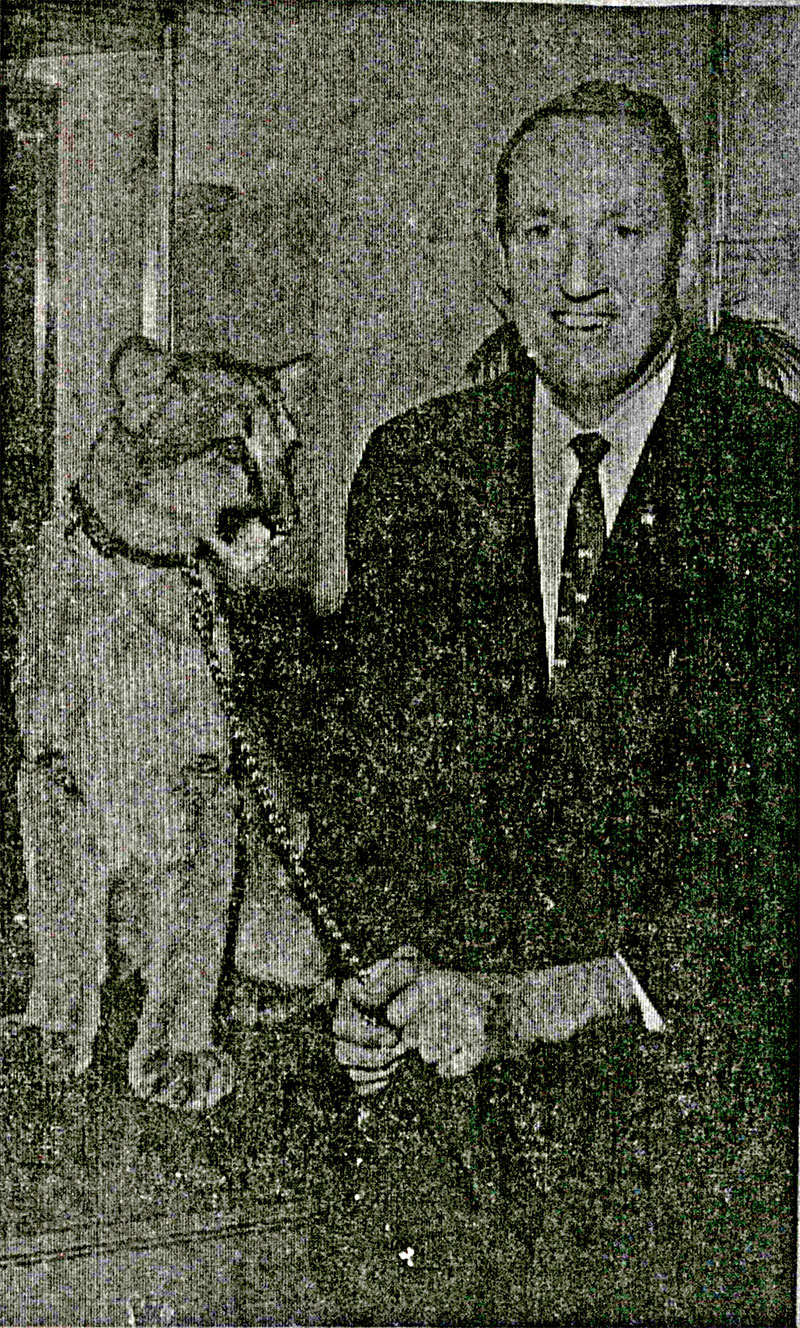 “Judy is the only cat I have that will come when I call her name,” Whobrey explained. “I was lying in the back seat of the car calling her to me constantly over a loudspeaker rigged to the side of the car.

“She was running to the sound of my voice while the car moved along at a slow speed. The camera speeds things up for the viewer.”

Whobrey said that sometimes when a scene showing a big cat running over rough terrain is needed, he’ll use a cougar that is completely wild.

“We turn it loose and let it run. If it gets away, you can always get another cougar.”

WHOBREY CATCHES some of his cats in the wild while they are cubs, and gets others from zoos when litters are born in captivity.

Judy, the cub, and his other cougars have not been limited to auto commercials. They have also been used in other types of advertising, some sequences of which may not be released for two or three years – commercials are made that far ahead.

By that time, Judy may be an even bigger star. Whobrey says she has been tabbed for an upcoming TV series in which a woman and her two small boys have a cougar around the house.

Could be she was already thinking about her extra privileges as a big star when photographer Harrison Hall and I visited her cage. We didn’t dare reach in to scratch her head.

Whobrey brought the cats to the Twin-City this week as part of a promotion that is taking him and his famous felines to auto dealers around the country.

Judy, a two-year old beauty, and an unnamed nine-month old cub have been making their home only at Sharp’s Lincoln-Mercury place on West State Street the past day or so, and were due to move on tonight.

Judy, who weighs about 125 pounds and is expected to add another 50 before maturing at three years, hasn’t been displaying any of her talents. She just lies sleepily in her cage while folks come by to look.

THE CUB, though, has been causing quite a stir. She doesn’t have a cage – just a leash from her neck to Whobrey’s hand. A gangly 55 pounder, she likes to play with anybody who happens to be nearby and will purr and whine when you scratch her head.

It was the first time I’d ever scratched a cougar’s head. I don’t think it’ll become a habit.

“This cub is as tame as any cougar will ever be,” Whobrey, a Nashville native who now lives in Florida, said. “But no cat is actually tame in the same sense as a dog or horse, and I’d never trust one.”

Whobrey says his cats are not trained to do the stuff people see on the commercials. “You just have to sort of coax the cougar into what you want it to do, then just keep doing it over and over again until you get the shot you are looking for.”

“This one (pointing to Judy) is the cat we used to tear the paper off the Montego in its introductory commercial. We coaxed her to walk up on top of the car, then rattled the paper and she started ripping it off. It was just a natural thing for a cat to do,” he said.

“The one in which the cougar climbs into the car, does an apparent inspection, then climbs out was much the same. We just had to keep coaxing the cat until she did the right thing. Sometimes it takes hours or even days of filming to get the right sequence.”