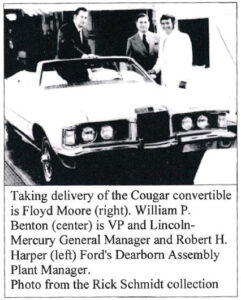 The end of an era came when Ford Motor Company pro­duced its last convertible, an XR-7 Cougar. For 1973, the only Ford product lines with a convertible model were Mus­tang from the Ford Division and the Cougar from Lincoln­-Mercury Division. July 5, 1973 marked the end of an era when the last convertible came off the assembly line, an XR- 7 Cougar. Increasing safety mandates and changing buyer attitudes caused the demise of the convertible.

“It is a fact that our Cougar’s VIN # is not the highest, nor was the production-date the latest. As has been the practice with most “lasts” from Ford, the car was produced, pulled aside, meticulously gone-over / inspected and prepped, pho­tographed, and then “ceremoniously” rolled off the assembly line as the LAST. As you can see in the photo, our car rolled off the line for the media with its top down, boot installed, and all plastic coverings and tags and stickers removed. After rolling off the assembly line the Cougar was immediately delivered to Floyd Moore, a Chicago automobile collector.” – Rick Schmidt 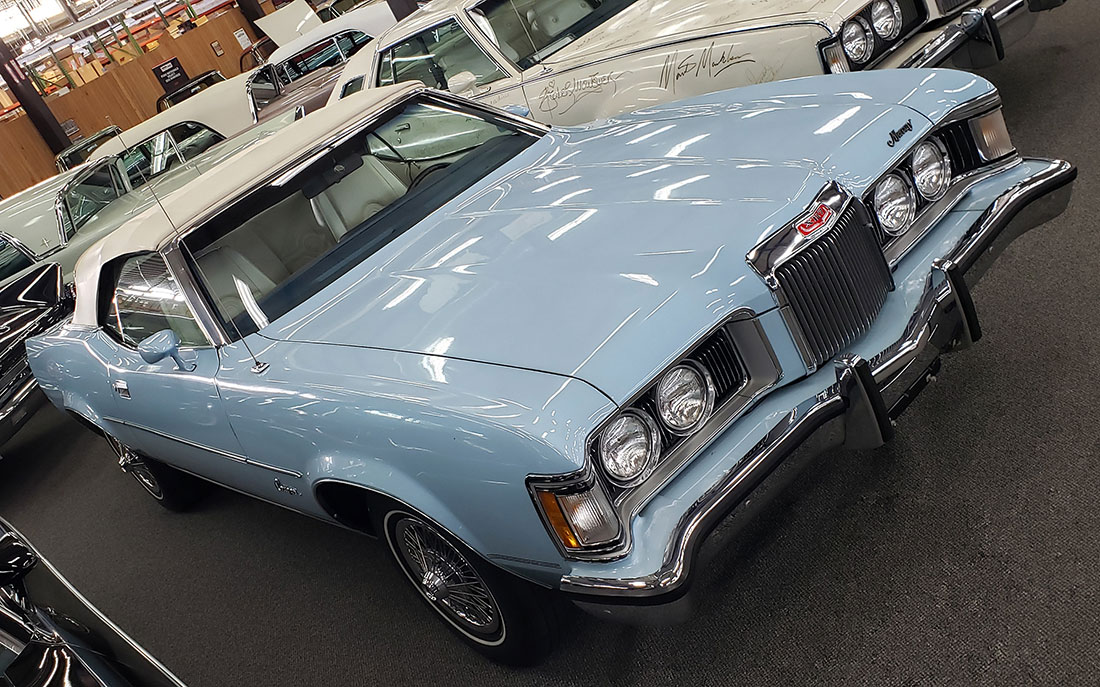 “We acquired the car in the mid-90’s from Floyd Moore, who had owned it since new. Floyd had ‘friends in high places’ within Ford, hence his ability to acquire special benchmark Ford vehicles through the years . . . We also pur­chased the 1 GO-millionth and 150-millionth Fords from Floyd, 1979 Mustang VIN # 00001, and several other nifty pieces that he had arranged for through his executive friendships at Ford throughout the ’70’s. 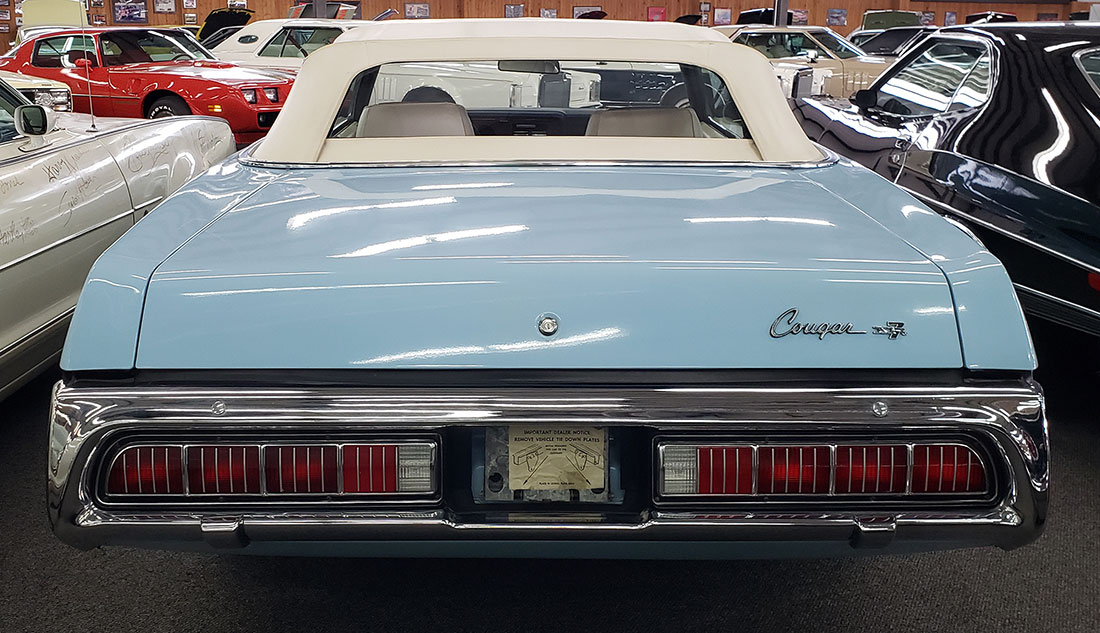 “The Cougar is basically ‘brand-new’, as it has traveled less than 500 miles in its lifetime, and has benefited from collector’s-care its entire life. It’s very ­likely the lowest-mile 1973 Cougar on the planet, and we keep it in perfect running condition, cycling fresh fuel and fluids and running it regularly.”

The B3 – Light Blue body color has a white top with a stunning all white leather interior with blue carpeting and appointments.

Options Listed on the Window Sticker

One nifty option on the car, that you RARELY see anymore, is the “leather­-wrapped” steering wheel. This wheel was prone to getting scratched-up and dry-rot­ted. With less than 500 miles, the original leather wheel on this car is as – new. 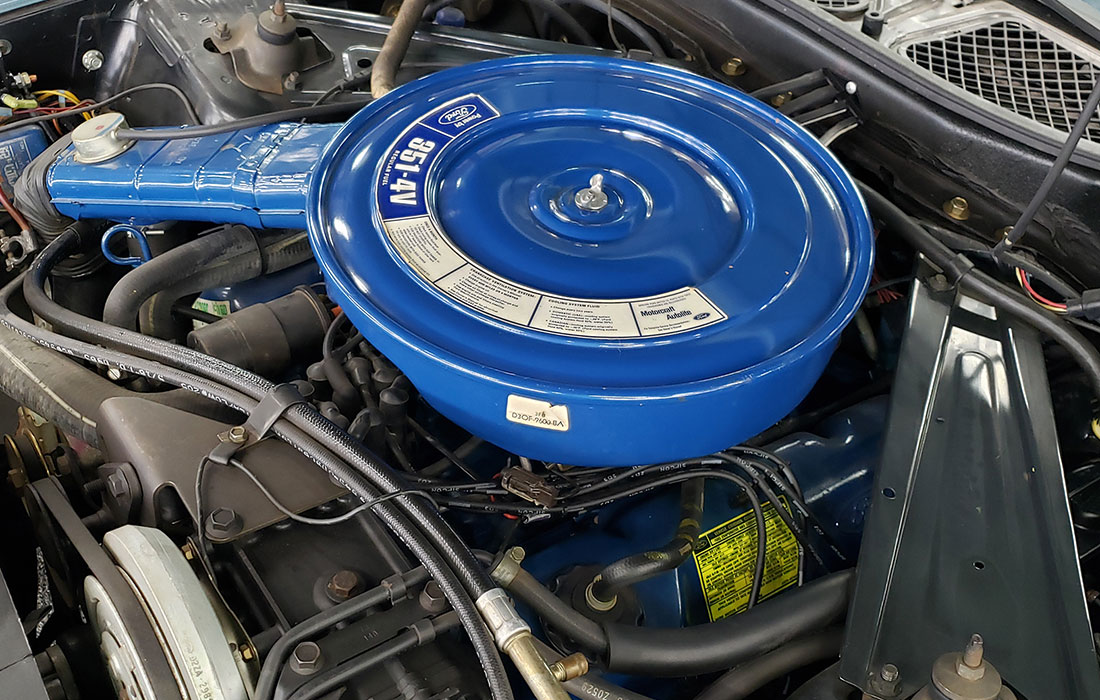 Our collection is available by appointment-only. Please contact Rick Schmidt to arrange a visit. 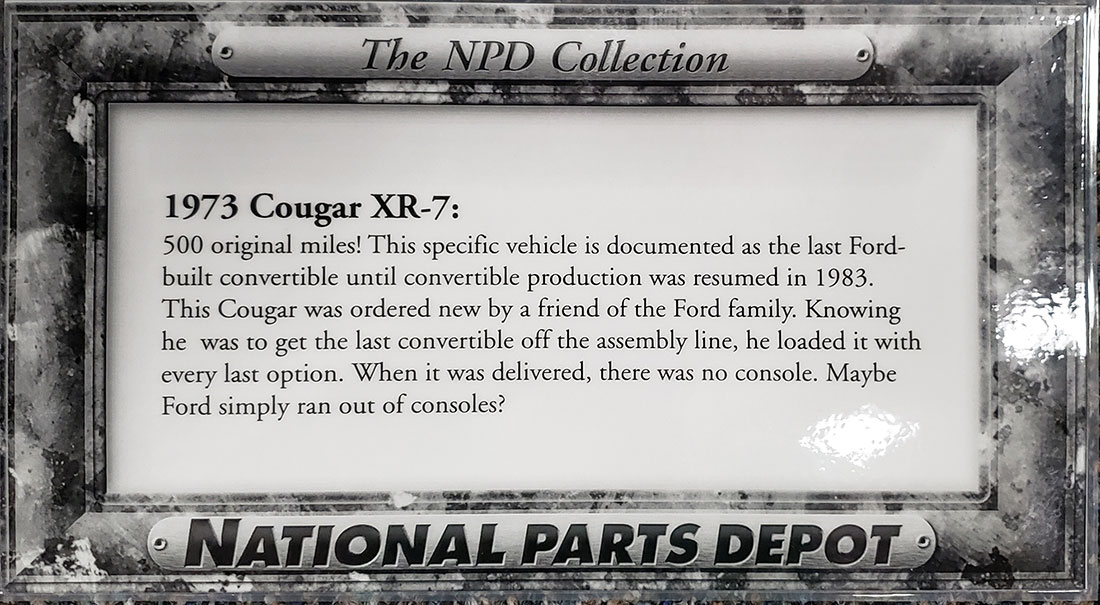